A tokenized economy is an economic ecosystem sustained by tokens. In other words, in that space everything is sustained by the different possible interactions with said digital assets. Thus, the ecosystem is made up exclusively of tokens that represent real assets.

Currently, many companies are working to radically change the economic system around the world using tokenization as a tool. One of them is Token City, which was part of the Block World Tour Cartagena 2022. According to its official website, Token City provides its clients with “the platform infrastructure and comprehensive services necessary to issue, manage, and crypto-assets.”

What is Token City’s vision of the tokenized economy in a few years and the role of the primary sector in it?

According to one of the company representatives, they estimate that in 2024 more than 10% of GDP worldwide will be tokenized. In addition, at this time, large banks such as JP Morgan, Morgan Stanley, BBVA in Spain are entering the game and are interested in the tokenized economy. 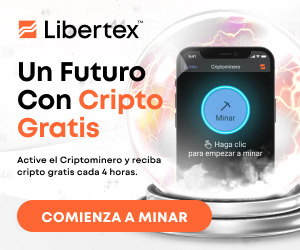 Likewise, he highlighted an analysis with more than 100 investment funds in 5 countries in Europe: Germany, France, Switzerland, Spain, and England. The conclusions drawn from this study are:

For this reason, Token City they are sure that private sector companies and people, in general, will soon be able to sell tokens that represent all kinds of assets. This includes shares, debts, NFTs, services, intellectual property, etc. Likewise, companies could be financed using tokens, since they offer flexibility that traditional financing methods do not have.

What is the role of this company in all this?

Token City literally means “the city of tokens”. Consequently, certain spaces can be found there for different types of businesses within a tokenized economy. For example, there is the “Small Business District” and other spaces dedicated to specific sectors, such as investments in the energy sector.

Likewise, its marketplace operates P2P, and there is a sales between users. It is a fairly secure platform and transactions are made immediately, with automated and efficient processes. Also includes the management by the holders.

However, the Achilles heel of tokenization is liquidity, and that is why Token City works towards it through global alliances with other exchanges. They are also looking to build bridges so that tokenized files can have liquidity in DeFi.

How to see my NFT in Metamask – Step by step